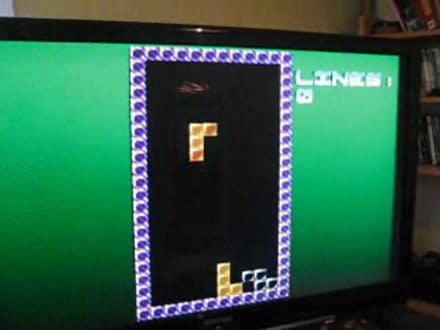 If that unplayable version of Pong we saw for the Wii wasn't quite doing it for you, you 'll be happy to know that homebrewer Christian Auby (aka DesktopMan) has just hit the next stage in evolution: Tetris. That's right, you can now get a fully functioning version of the puzzler running on your Wii, thanks to that handy Twilight Princess hack, and what was probably a gargantuan amount of work on Auby's part. The game loads from the GameCube memory slot (using an SD adapter) out of Twilight Princess, but after the hack has been engaged you can jump back to the loader to pull something new off of a card, which should make experimenting a little bit easier. Check the video after the break to see how it all works.

In this article: christian auby, ChristianAuby, desktopman, exploit, hack, nintendo, stack smash, StackSmash, tetris, twilight hack, TwilightHack, wii, zelda twilight princess, ZeldaTwilightPrincess
All products recommended by Engadget are selected by our editorial team, independent of our parent company. Some of our stories include affiliate links. If you buy something through one of these links, we may earn an affiliate commission.
Share
Tweet
Share