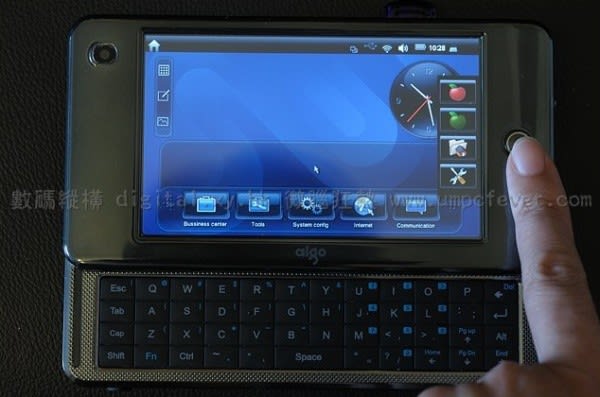 The folks at UMPCFever got in some quality time with the upcoming Aigo MID (an Asia-centric version of the Gigabyte M528), which hasn't really been seen much outside of tradeshows so far. Apparently MIDLinux 2.0, which the device ships with, is running really well these days, which is encouraging given how abysmal it was earlier this year, but that didn't stop UMPCFever from swapping the OS for some Windows XP. While the Intel Atom processor seems to be beefy enough to handle what was requested of it, Intel's promised energy savings were not evident in the device, with a runtime as low as two hours. We suppose the best news is that Aigo's selling this starting at around HK $6000, about $770 US, a major improvement over the M528, but it still seems to be a far cry from the sweet spot for this type of device. Hands-on videos are after the break.

In this article: aigo, aigo mid, AigoMid, gigabyte m528, GigabyteM528, mid, unboxing, windows xp, WindowsXp
All products recommended by Engadget are selected by our editorial team, independent of our parent company. Some of our stories include affiliate links. If you buy something through one of these links, we may earn an affiliate commission.
Share
Tweet
Share
Save