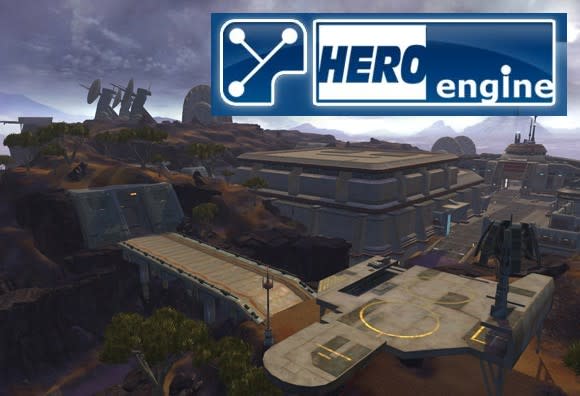 The MMO Gamer have interviewed David Whatley, the President and CEO of Simutronics, who are making HeroEngine and their upcoming MMO called Hero's Journey. HeroEngine is billed as a streamlined engine for creating MMOs with development taking place inside the games themselves so that all of the development team can work together in a live environment with changes being seen by the entire team immediately. So far the highest profile game to use HeroEngine is Star Wars: The Old Republic.

The interview covers their design philosophy of bring their experience with MUDs into MMO development, how they became a middleware company after people started to want to use their engine and how they're hoping that their technology will reduce development times and costs for any games that use it. Whatley also points out that until a AAA game, he suggests Star Wars: The Old Republic, released there won't be any empirical data on how much time using their engine will save a developer but he believes that it will mean games can be developed in about half the time. This saving can either be used to produce a game twice as quickly, or to develop twice the game that you would normally be able to produce.

You can check out the full interview over at The MMO Gamer.

In this article: hero-engine, heroengine, heroes-journey, simutronics, star-wars-the-old-republic, swtor
All products recommended by Engadget are selected by our editorial team, independent of our parent company. Some of our stories include affiliate links. If you buy something through one of these links, we may earn an affiliate commission.
Share
Tweet
Share