The top 17 gaming gadgets you can buy right now

Switched On: A handset for human hands 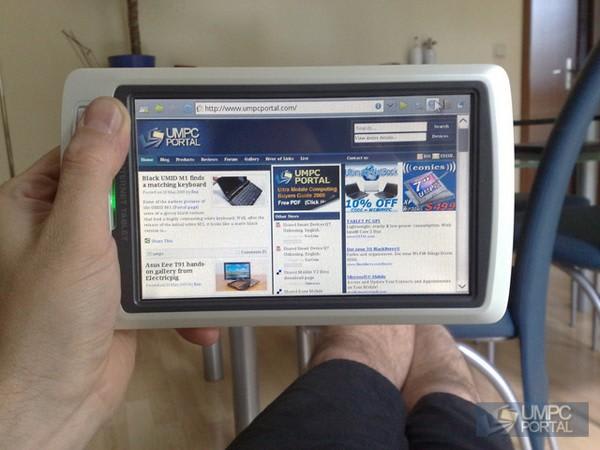 The folks over at UMPC Portal have gotten a hold of the SmartQ 7 internet tablet for a nice, long review. The MID, which has a 667MHz Samsung ARM S3C6410 CPU, 128MB of RAM, and 1GB of flash memory, seems to handle its basic tasks -- MP3 playback, light browsing, PDF viewing, and viewing / editing documents fairly well. It also apparently has a pretty great battery life, and can stay juiced in standby mode for over three days. The tablet (which is somewhat reminiscent of the yet to appear in the wild CrunchPad) does, however, have plenty of drawbacks -- a touchscreen that often responds incorrectly, limited RAM and storage, and a bunch of other limitations we're used to associating with MIDs in general. There's a video highlighting some of the SmartQ 7's apps after the break; hit the read link for the full review.

In this article: handhelds, internet tablet, InternetTablet, mid, q7, reviews, smart devices, smart q7, SmartDevices, smartq 7, Smartq7
All products recommended by Engadget are selected by our editorial team, independent of our parent company. Some of our stories include affiliate links. If you buy something through one of these links, we may earn an affiliate commission.
Share
Tweet
Share