Telegram makes it easier to import your WhatsApp chat history 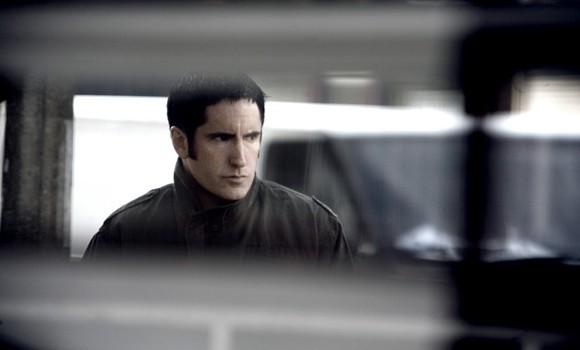 What's your take on Microsoft and Sony entering the motion-controlled market?

Trent: Me and Rob are both big Nintendo fans for a number of reasons. Nintendo approaches gaming from a prospective where Super Mario Bros. is still a classic and doesn't look dated. Look at any game on the PlayStation 1 that tries to exceed past the terrible 3D graphics, with their look alike, sound alike franchise attempts.

With Nintendo, there's this kind of aesthetic that they bring to their in-house games that makes them feel like art. Where they aren't trying to be something else, where they have their own place and are just what they are. I've talked with Rob about this, about why that kind of game is cool, has a timelessness to it and isn't trying to be more than what it is. If I were going to make a video game today I would not put in rendered, 3D characters that try to look human. You know, where when they talk their lips are out of sync and have this weird aliased thing going on. There's that Shadow Complex game, which does looks cool. Every cut scene has the eyes rendered pretty well, but there's that terrible voice acting and the characters look like Fembots.

Rob: The characters usually look better stylized in a way where it lends itself to the media as opposed to trying to look like the latest 3D-animated movie, which can create things super-realistically. When it's done only half way ... well, it's just kind of weird.

Trent: How that applies to Nintendo, and I'm not saying they haven't fucked up a few times too, but they have this sense of here's this game, we're aware of the limitations, but we're going to make the game great with taste and integrity. Being honest, I'm not a huge fan of Sony. Their entire strategy behind the PlayStation is to focus on gaming as an experience last and getting a Blu-ray player in your living room comes first. Now, three years later they're trying to release a motion controller that's a little bit better than the Wii's.

Trent. I don't care. I'm used to controversy. I make a living off of it. [Laughs.]

The point is, do I think motion controlled gaming is the next big thing? No. It's an interesting concept, it's cool to have, but it's an input thing where I don't think that's the future of gaming. The fact that the Wii came out and has been wildly successful is because they picked up on the thing I've been saying all along. They made something simple and fun. It's something that doesn't compete with "Halo: Whatever-The-Fuck," but is actually fun and can resonate with a bunch of people in a low brow way where they didn't focus on how many buttons they could pop into the controller.

Rob: Waving the Wiimote does get boring after a while, and after a bit you say, "Just give me a button!" So, when I see Microsoft's new motion controlled Natal and I see people play it, I say to myself, "Wow, that technology looks amazing, but how many people really want to stand there and flail about all the time?" The nice thing about the Wii is that, if you want, you can sit back like a fat-ass and just barely wiggle your wrist to get the same gameplay effect. With all this motion-controlled stuff, there's nothing tangible anymore, you aren't touching anything, you aren't getting force feedback of any kind, and it all just seems like a tech demo. Something where you use it for a while, then go, "Just give me the controller back!"

Trent: The strength of motion controllers will be if there's a killer app that makes a person go, "Fuck yeah, all right!" That's always what it comes down to. I'm glad there's innovation in that field and maybe something great will come of it, but I'm not holding my breath that the technology will redefine gaming.

Rob: There's a difference between praising the Wii as an important step and saying that motion controls are the greatest thing in the world. What was great about the Wii is that it proved that they could do something that goes back to having just pure fun, that opens up the doors to people like my mom playing. This is something the fanboys cry about, "But who cares?" Those casual gamers aren't playing Halo, they aren't bothering you in your deathmatches. The Wii is just opening up the medium to so many more people using simple, pure fun. Something that original arcade games were all about. That doesn't mean it's the future necessarily, it just means that Nintendo found a tool to open the door to others and it could go a million different ways from there.

Trent: I remember the first time I played Wii Tennis, my immediate reaction was, "Whoa!" Then there's the sound coming out of your hand and I'm all, "How the fuck?" When you show it to your mom or to your friends who come over and you see their faces light up -- that's one of those whoa-moments. One of those moments when you hear a great song or watch a great movie and get chills. That can be attained.

Rob: The strength of the Wii isn't so much the motion controller it's that, regardless what it is, you can hand it over to your girlfriend. She'll go, "How do I play this?" You just show her, "Swing it, like this, see?" Two seconds later you're playing a heated game of tennis.

Are you fans of Rock Band or Guitar Hero?

Rob: I suck at those games. Pure and simple -- I just suck.

Trent: I dabble around in them and I actually think those games are fun. As a gamer, it's interesting, fun and surprisingly rewarding when you get it right. As a musician, who's watching the record industry look at these games as a type of salvation ... it's laughable. That's just desperate people in the record business thinking. "Man, we finally have a way to turn people onto music."

In a good way, a friend of mine who is my age, he has a couple kids under ten years old who now really like AC/DC and other classic music. Music they may not have discovered at their age. It's kind of fun to walk into Best Buy and hear people get excited about trying to play a Beck song and I don't think that's a bad thing. I'm kind of excited to see how they did on Beatles: Rock Band. I read about that in Wired, and it sounds like they did an A-list job in creating the depth of the experience.

How are your Rock Band skills?

Trent: I'm not bad, but to be honest with you, I haven't allowed myself go too deep down the path of perfection.

If I were to set up a rock-off, a game of Rock Band between you and a band like ... say, Coldplay. Who would win?

Trent: I don't know, but if it descended into physical violence, we'd probably win. Those guys strike me as having a lot of time on the bus tweaking or stringing some riffs together. [Laughs.]

I'll tell you one thing I can't do that just amazes me is watching the masters of the Dance Dance Revolution game while I was in Japan. I got to see some asian kid, where his feet are moving faster than I can see shit coming down the screen. That's amazing.

Will we be seeing anymore Nine Inch Nails DLC releases for Rock Band or Guitar Hero by year's end?

Is there a reason?

Trent: I just really never thought about it. When Rock Band first came out there were a couple songs involved and they asked for more in a content pack. I just said pick some of the hardest material we have, like "The Perfect Drug," which has some difficult drums. Then I asked them to make it as hard as they could possibly make it. That led to me seeing a couple YouTube videos of people getting high scores and, well ... that's really it. I feel we did all we needed to do with it.

<< BACK COMMENT NEXT >>
All products recommended by Engadget are selected by our editorial team, independent of our parent company. Some of our stories include affiliate links. If you buy something through one of these links, we may earn an affiliate commission.
Share
Tweet
Share