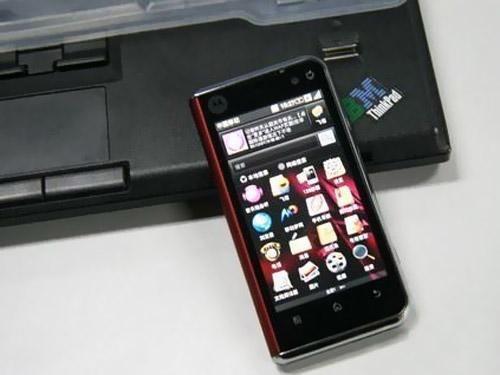 While it's busy trying to rebuild market share on the backs of Android-powered devices in North America and Europe, Motorola's already got a bustling business in China, so it makes sense that they'd want to contribute some Google juice over there as well. That dovetails nicely with China Mobile's Android-based Open Mobile System -- which runs those so-called OPhones -- and Motorola has yet to bring an OPhone to market, so that's where this little beast appears poised to come into play. The MT710 is said to feature an 854 x 480 display clocking in at 3.7 inches and 3G support (using China Mobile's up-and-coming TD-SCDMA network), but beyond that, little is known; rumor has it that Motorola will intro a total of seven Android models in China over the next year, though, and this is clearly one of them. Shave three or four millimeters off the Droid's girth with this puppy, and count us in.

[Via PMP Today]
In this article: android, china, china mobile, ChinaMobile, mobile, moto, motorola, mt710, oms, ophone, td-scdma
All products recommended by Engadget are selected by our editorial team, independent of our parent company. Some of our stories include affiliate links. If you buy something through one of these links, we may earn an affiliate commission.
Share
Tweet
Share