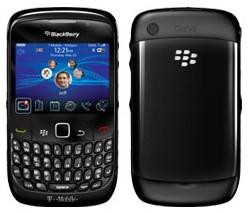 Good old T-Mobile's on a roll these days with new phone plans, and this one seems perfectly catered to stocking stuffers. The quartet of phones start at $59.99, but so far we know of two: BlackBerry Curve 8520 for $299.99 and the Pearl for $149.99, according to the Best Buy stores we contacted. There's no contract commitment, and according to the press release, the first month is included in the bill from the point the phone's out of the box and activated. We don't know the details of that first month of service (data? texting?), but it's still a pretty penny for an unsubsidized handset. After that second month, of course, T-Mo's probably hoping you'll be enticed to keep with the network. If not already, you should start seeing the phones pop up at local Best Buy and select Walmart locales shortly. Press release after the break.

T-Mobile Complete kits are the easiest way to give phones this holiday season. Just buy the kit, wrap it, give it as a gift, and the recipient can activate service from anywhere, anytime – and they get the first month free! One of the four devices available through T-Mobile Complete is the BlackBerry Curve 8520 smartphone, the first pay-in-advance BlackBerry smartphone available from a national carrier. Smartphones will be a hot gift option this holiday season – in fact, T-Mobile expects smartphones to account for 40 percent of its sales in the fourth quarter of 2009.

T-Mobile Complete is just one great holiday gift option from T-Mobile. With a wide array of devices this holiday season – including the broadest lineup of Android smartphones of any carrier in the U.S. – there's something for every type of customer.
In this article: black berry, black berry curve, BlackBerry, blackberry 8520, blackberry curve 8520, Blackberry8520, BlackBerryCurve, BlackberryCurve8520, complete, curve, curve 8520, Curve8520, data plan, DataPlan, phone plan, PhonePlan, plan, t mobile, t-mobile, t-mobile complete, T-mobileComplete, TMobile
All products recommended by Engadget are selected by our editorial team, independent of our parent company. Some of our stories include affiliate links. If you buy something through one of these links, we may earn an affiliate commission.
Share
Tweet
Share