ECCEROBOT emulates your musculoskeletal system, looks like Beaker from the Muppets 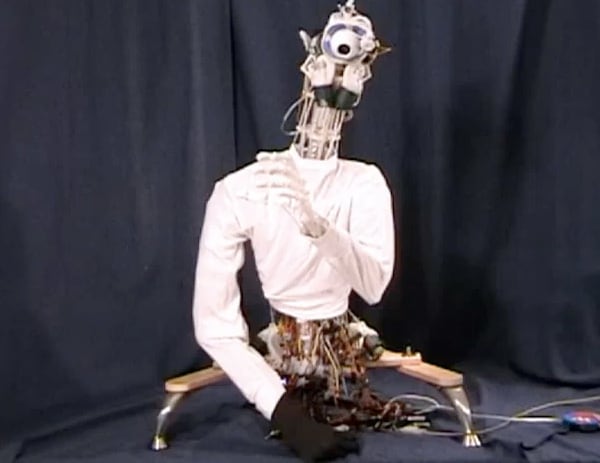 Anthropomimetic robots. It's not something that rolls off the tongue, but the ECCEROBOT is just such a robot, and it's really a sight to behold. Developed by a consortium of European robotics labs, the motivation behind the creation is to more accurately copy human internal structure, using thermoplastic polymer for bones, screwdriver motors and shock cord for muscle, and kiteline for tendons. The results are impressive, if not a bit creepy. According to IEEE Spectrum, scientists hope in the future to use ECCEROBOT's human-like form to "explore human-like cognitive features," which may or may not include starring opposite Christian Bale in science fiction films. See for yourself in the video after the break.


See more video at our hub!
In this article: anthropomimetic, eccerobot, europe, robot, robotic, robotics, robots
All products recommended by Engadget are selected by our editorial team, independent of our parent company. Some of our stories include affiliate links. If you buy something through one of these links, we may earn an affiliate commission.
Share
Tweet
Share
Save