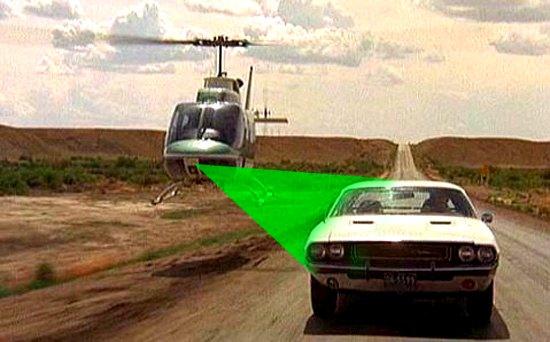 Marines serving overseas have a low-tech, time-tested way of stopping cars that ignore checkpoints -- namely, a .50-caliber slug to the engine block. Still, that hasn't prevented companies like Boeing and Eureka Aerospace from pouring tons of money into EMP research. The cannon (whether mounted on aircraft or a squad car) is nowhere near ready for prime time -- but when has that stopped the Pentagon from sinking tons of money into something? And the USAF isn't the only organization getting involved: according to Flightglobal, the Marine Corps is getting its own demo of the 55lb device (which can disable cars up to 200 meters away) next month at Dahlgren naval warfare center. Vintage autos (really anything manufactured before the mid-1970s) won't be harmed by the weapon, meaning that there still may be a place for lead slugs in modern peacekeeping missions after all. Video after the break.

In this article: air force, AirForce, defense, electro magnetic pulse, ElectroMagneticPulse, emp, Eureka, eureka aerospace, EurekaAerospace, military, us military, UsMilitary, wargadget, weapon
All products recommended by Engadget are selected by our editorial team, independent of our parent company. Some of our stories include affiliate links. If you buy something through one of these links, we may earn an affiliate commission.
Share
Tweet
Share