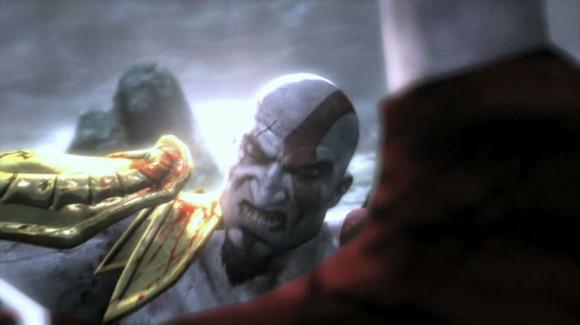 "You finally get the chance to see what it's like to be killed by Kratos," Adam Puhl explained to Geoff Keighley in the latest episode of GameTrailers TV. Although described as "first person kills," we'd argue that they should be coined "second person kills" -- you are doing the killing, after all. Regardless of the terminology, these interactive sequences are likely to represent some of the most gruesome moments of the entire franchise. For us, this footage represented the highlight of last night's episode.

The 21-minute special includes a rather comprehensive look at God of War III, but be warned of potential spoilers. You will see some new bosses, and even a new power that enhances the combat rather significantly. It's only a few weeks away until the game's release, so let's find out if you have the willpower not to visit GameTrailers.

In this article: gametrailers-tv, god-of-war, god-of-war-3, god-of-war-iii, gttv
All products recommended by Engadget are selected by our editorial team, independent of our parent company. Some of our stories include affiliate links. If you buy something through one of these links, we may earn an affiliate commission.
Share
Tweet
Share