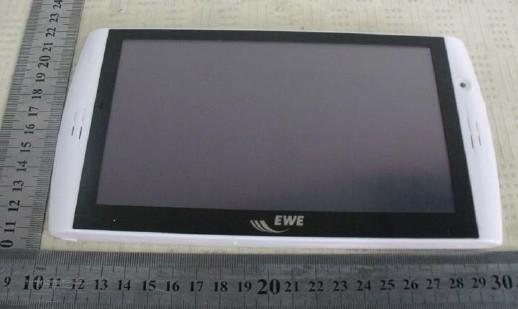 Now that everyone and their grandpappy's thoroughly caught up in tablet frenzy, it's time for some of the lesser beasts to start coming out of the woodwork. Next up? The Archos 7 Home Tablet, which just garnered the last bit of FCC approval it needs to see a late April release. With a comparatively slow 600 MHz Rockchip RK2808 inside, don't expect the Home Tablet to set speed records like its younger brother, but do look forward to a reasonably competitive price when the video-friendly Android device arrives stateside. See what it looks like with a paintjob (and sans "Ewe" logo) in our video from CeBIT after the break, or peek pics of an government-sponsored teardown at the source link.
In this article: 2808, Android, Android 1.6, Android1.6, Archos, Archos 7, Archos 7 Home Tablet, Archos7, Archos7HomeTablet, FCC, mid, RK2808, Rockchip, Rockchip RK2808, RockchipRk2808, tablet, tablet PC, TabletPc
All products recommended by Engadget are selected by our editorial team, independent of our parent company. Some of our stories include affiliate links. If you buy something through one of these links, we may earn an affiliate commission.
Share
Tweet
Share