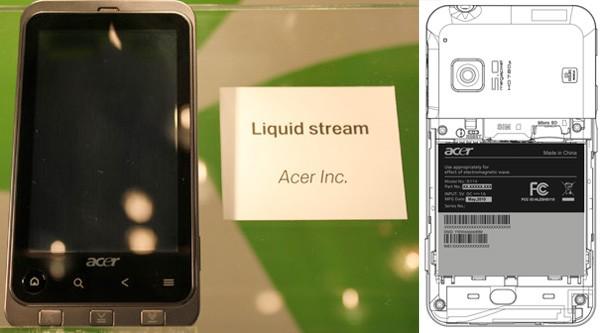 So a new Android-powered handset from Acer popped up at IO last week -- the so-called "Liquid Stream," which would presumably succeed the Liquid and Liquid e in Acer's lineup. AndroidGuys is reporting that the phone is currently running Android 2.1 (which we'd hope would morph into 2.2 by release) paired with a Snapdragon core and a 5 megapixel camera capable of 720p video capture, so it's the "5.0 Megapixel HD 720p" inscription on the back of the diagram in this FCC filing for a phone called the Acer S110 (along with the obvious similarity in shape) that's allowing us to deduce that these two bad boys are one and the same. Android France has it pegged for October -- and it's got 850 / 1900MHz HSPA, so we could theoretically see a few land in North America by the time this all shakes out. Who's interested?
In this article: acer, android, fcc, liquid stream, LiquidStream, s110
All products recommended by Engadget are selected by our editorial team, independent of our parent company. Some of our stories include affiliate links. If you buy something through one of these links, we may earn an affiliate commission.
Share
Tweet
Share