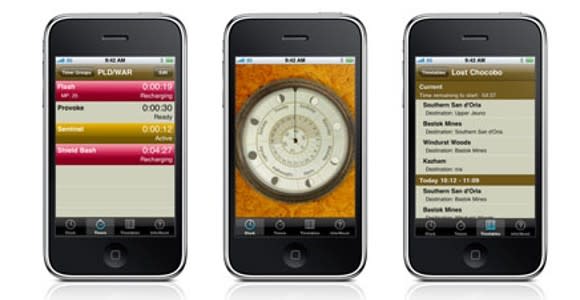 Every two weeks, Massively Mobile brings you the latest news, guides and analysis about MMOs on mobile devices. Covering iPhone, iPad and Android platforms, we're on the lookout for the next generation of MMOs.

In the last column, I covered a number of iPhone apps for MMOs. Some kept you connected to the game world, others offered you information at your fingertips, while still others were entire games unto themselves. Today I continue with the second half of the list starting with Final Fantasy XI all the way through Wizard101. In the next Massively Mobile column, I will focus specifically on World of Warcraft mobile apps for both the iPhone and the Android.

I have to admit that in the process of researching this column, I became obsessed with one particular app, Warrior Epic: Sagas. I don't even play the MMO, but I found the app to be one I returned to again and again throughout the week. It's very addictive, has an engaging storyline and is a dream come true for equipment micromanagers like myself. Check it out along with the rest of the apps after the jump.

Lord of the Rings Online