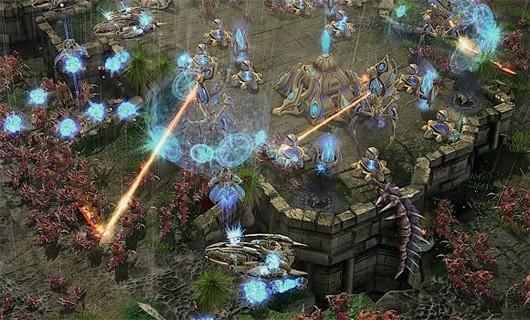 StarCraft 2: Wings of Liberty blitzed the UK charts as if controlled by a well-paid South Korean cyber athlete. According to Chart-Track, the game was not only the first PC exclusive to reach the top of the all formats chart this year, but it outsold the original game's "entire UK lifetime sales" in its first week (one caveat: Chart-Track only accounts for boxed product). The first StarCraft premiered at No. 24 way back in 1998.

As for the rest of the chart, it appears all the top titles just took one step down to make room for StarCraft. Toy Story 3, Red Dead Redemption, Dance on Broadway and Lego Harry Potter: Years 1-4 now occupy spots two through five, respectively. And in a move that should surprise nobody who follows these charts, Ubisoft's Just Dance stepped it up again and foxtrotted up to sixth place -- that game refuses to leave the top ten arena.

In this article: britain, chart-track, microsoft, nintendo, pc, playstation, ps3, red-dead-redemption, Starcraft-2, toy-story-3, uk, wii, xbox
All products recommended by Engadget are selected by our editorial team, independent of our parent company. Some of our stories include affiliate links. If you buy something through one of these links, we may earn an affiliate commission.
Share
Tweet
Share