Nikon's A900 is the first Coolpix point-and-shoot with 4K 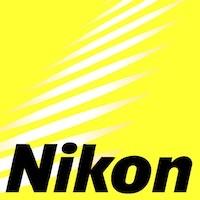 We've already heard some rumors for both Nikon's Coolpix P7000 point-and-shoot and its supposed D90-successor, the D7000, but it looks like things are unexpectedly heating up a bit further ahead of Photokina next month. According to Nikon Rumors, the two announcements will supposedly be split up, with the P7000 set to be announced along with some other Coolpixes on September 8th, while the D7000 will be announced on September 15th alongside at least two new lenses and a new Speedlight. As before, the P7000 is still expected to actually drop in resolution to 10-megapixels, and pack some RAW shooting capabilities, 720p video shooting, a 28-200mm equivalent zoom lens, and a 3-inch LCD. Details are still comparatively light on the D7000, but Nikon Rumors has previously suggested that it would boast 100% viewfinder coverage and dual memory card slots.

In this article: coolpix, coolpix p7000, CoolpixP7000, d7000, dslr, nikon, nikon d7000, NikonD7000, p7000, photokina, photokina 2010, Photokina2010, rumor
All products recommended by Engadget are selected by our editorial team, independent of our parent company. Some of our stories include affiliate links. If you buy something through one of these links, we may earn an affiliate commission.
Share
Tweet
Share