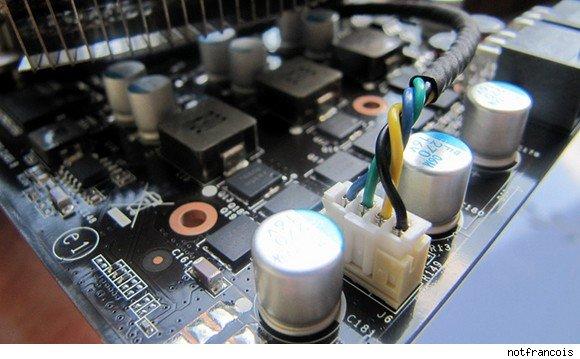 This article has been brought to you by Seed, the Aol guest writer program that brings your words to WoW Insider. Today's post is the third of a three-part series on preparing your computer for Cataclysm. In our first post, we covered upgrading your current system; last week, we discussed how to assemble a hot gaming rig. Today, we'll look at building a high-end system that will last.

Today, I will cover building a high-end system for under $2,000 that will last you many expansions into the future. In this article, I will be listing specific parts as opposed to making general suggestions. Computer geek opinions vary drastically; this is just my two cents.

When you're considering a rig that will last you for years to come, you need to consider key components including the case, the power supply, the motherboard, a processor, heatsinks, hard drives the video card and more.

Now this is a case! When considering a high-end case, I wanted to keep it under $200. In my opinion, the case to have for under $200 is the Antec Twelve Hundred. Antec's Twelve Hundred is the standard against which all other high-end cases are judged. It comes with three 120mm front intake fans, two 120mm rear exhaust fans and a monstrous 200mm top fan. This case could keep Ragnaros the Firelord cool in the summer! The Antec Twelve Hundred will set you back around $160 plus shipping, but if you're patient, you can usually catch it on special for $149 with free shipping.

1,000 watts of attack power Honestly, the Antec CP-1000 power supply will be a wee bit of an overkill for today's build, but it provides the availability to upgrade other components in the future without needing to rewire the entire build. Antec's CP-1000 offers a 1,000-watt continuous (not peak!) rating, and it's 80+ certified, so it should be easier on your electric bill. The CP-1000 is also modular, so the airflow from the six massive case fans is not blocked by unwanted cables. The Antec CP-1000 should run you around $150 plus shipping, although sometimes you can get it on special with the Twelve Hundred if you buy them together.

One motherboard to rule them all If I had a gold piece for every award Gigabyte's GA-X58A-UD3R has won, I could buy all my alts epic flying mounts. This socket 1366 motherboard supports up to four video cards, USB 3.0, SATA 6Gb/s, RAID, all solid capacitors and a 2-oz. copper PCB design! The board also offers more options in BIOS then you can shake a gnome at, including BIOS overclocking profiles that can be switched on the fly. If you want the best, you have to pay the most; set aside $210 for this bad boy.

New and improved processing power For a long while, Intel's i7-920 was the go-to processor for serious gamers. Recently, Intel revised the lineup and replaced the i7-920 with the i7-930. The i7-930 has all the same goodies the 920 had, including 8MB of L3 cache, hyper-threading and turbo boost, but at a new and improved 2.8GHz stock speed. With the heatsink I'm suggesting for this build, you should be able to push the i7-930 to the 4.0GHz mark with ease. Prices for the i7-930 vary greatly, but you should be able to pick one up for $285 at the most.

Size really does matter To keep the i7-930 cool at 4.0GHz, we will be using the mother of all heatsinks, the Noctua NH-D14. This Noctua heatsink weighs in at a little more than a dwarf during Brewfest, but it's all that copper, nickel and aluminum that causes the Noctua to perform so well. The Noctua utilizes six heat pipes running through two separate radiators. The radiators are cooled first by a 120mm fan in the front and then a 140mm fan placed in between the radiators. At $89, the Noctua NH-D14 costs a little more than some closed-loop water cooling systems, but it also outperforms them, and there is no setup hassle.

If I only had a brain ... Memory-wise, I went with the tried-and-true Kingston HyperX 6GB (3x2GB) kit. These 1.65-volt DDR-1600 memory sticks come XMP-ready, so you will not need to manually adjust the memory timings in BIOS. Kingston is also one of the few memory manufacturers I have never had an issue with, and I've been using Kingston memory since DDR-333 was the shizzle. There is cheaper memory out there, but for $155, you get a lifetime warranty, XMP and peace of mind.

The need for speed One of the many reasons I chose the Gigabyte's GA-X58A-UD3R motherboard was for the SATA 6.0GB/s. While a traditional plattered 6.0GB/s hard drive will run you a pretty penny, SATA 6.0GB/s solid state drives are only a few dollars more than their 3.0 brothers. Crucial's RealSSD C300 CTFDDAC064MAG-1G1 only gives us 64GB of storage space, but we are going to put two of them into a RAID-0 setup for maximum speed and a total of 128GB of storage space. 128GB is still not a lot of storage, so we are only going to load Windows 7 and a few choice games on the RAID. This double-headed dragon will cost you around $300 total after shipping.

For all your music, movies and casual games, the Samsung Spinpoint F3 HD103SJ 1TB is the drive of choice. The Spinpoint has one terabyte of space, spins at 7200 RPM and has a 32MB cache. The $75 Spinpoint is also one of the faster 7200 RPM drives available, often besting much more expensive drives.

And now, for the star of our show! Finally we get to the part all the hardcore geeks are reading this article for: my video card choice. My video card of choice is the MSI N460GTX Cyclone. The Cyclone is a factory-overclocked 1GB GTX 460 with a very nice after-market cooler on it. Unless you are lucky enough to own a $1,000 2560x1600 monitor, there's really no reason to use more than a pair of GeForce GTX 460s. Two of 1GB GTX 460s in SLI absolutely destroys every other video card out there. A pair of 460s will even best a $650 GTX 480 in some games, while only costing you around $470, shipping included.

All good things must come to an end Toss in a DVD burner, some Arctic Silver 5 and some cable ties, and you're all set to go. This monster, minus the operating system, should run you about $1,900 depending on specials and such. For that $1,900, you should take comfort knowing that your computer will run every game out there at max settings with all the eye candy turned on. It will also be capable of running five instances of WoW, should you decide to be one of those nuts in Warsong Gulch running five shaman!

Have you ever wanted to write for WoW Insider? Your chance may be right around the corner. Watch for our next call for submissions, and be sure to sign up for Seed, the Aol guest writer program that brings your words to WoW Insider. The next byline you see here may be yours!
In this article: case, computer, cpu, hardware, hardware-upgrade, heatsink, memory, motherboard, power-supply, processor, screen-resolution, Seed, socket, system-requirements, video, video-card, water-cooled
All products recommended by Engadget are selected by our editorial team, independent of our parent company. Some of our stories include affiliate links. If you buy something through one of these links, we may earn an affiliate commission.
Share
Tweet
Share