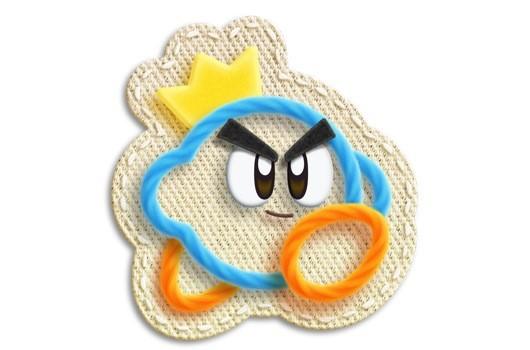 Kirby's Epic Yarn bears little resemblance to traditional Kirby games, and it partners the beloved pink sphere with a new character, Prince Fluff. It turns out, according to an Iwata Asks interview with Good-Feel and Nintendo staff, that there's a good reason for both -- Epic Yarn was originally Prince Fluff's game.

Wario Land: Shake It! director Madoka Yamauchi came up with an idea for "World of Fluff" and designed it around the Prince Fluff character. Nintendo loved the idea, but thought something was missing from the "warm" world Good-Feel had created. Nintendo proposed turning it into a Kirby game last year.

Producer Etsunobu Ebisu said that having Kirby in the world gives Epic Yarn "a greater feeling of existing." Also, we're sure, Kirby gives it a greater feeling of hope for good sales.
In this article: good-feel, iwata-asks, kirby, kirbys-epic-yarn, nintendo, prince-fluff, wii
All products recommended by Engadget are selected by our editorial team, independent of our parent company. Some of our stories include affiliate links. If you buy something through one of these links, we may earn an affiliate commission.
Share
Tweet
Share