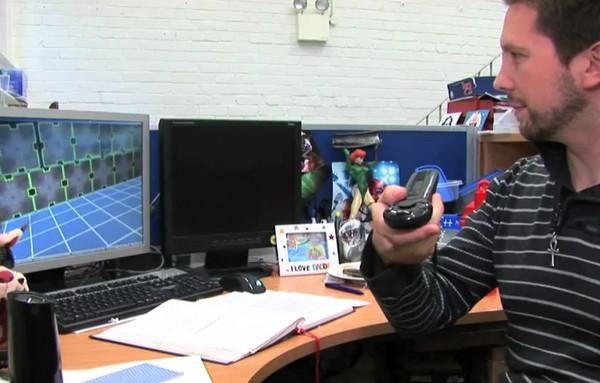 Fan of machinima? Then you're used to static shots in which a character walks into the scene, says his line, makes a silly joke, and then walks off again. Panning and smooth, flowing shots are not the forte of films created in a virtual world, but the repurposing of some Razer Sixense controllers could let the director really get into the scene thanks to researchers at Abertay University. They borrowed an idea from Avatar, in which James Cameron commissioned cameras with motion-tracking viewfinders so that he could see the virtual world through which the actors were moving. The team at Abertay uses Sixense controllers similarly to control a virtual camera, which would let gamers find dramatic, sweeping angles for their replays. Or, you know, just get a super closeup of that post-melee victory dance.

In this article: abertay university, AbertayUniversity, machinima, motion control, motion gaming, MotionControl, MotionGaming, razer, sixense, video, virtual camera, VirtualCamera
All products recommended by Engadget are selected by our editorial team, independent of our parent company. Some of our stories include affiliate links. If you buy something through one of these links, we may earn an affiliate commission.
Share
Tweet
Share