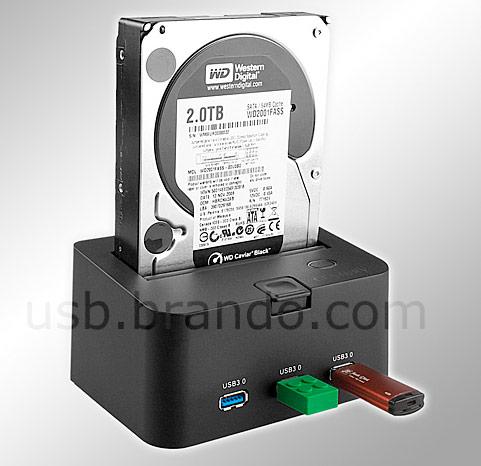 It had to happen at some point, so why not now? After a startling -- almost terrifying -- year-long gap between Brando SATA HDD docks, the company is finally outing another. For those who've been camped out under the nearest boulder for the past few years, these external HDD docks allow users to plug any 2.5- or 3.5-inch SATA hard drive in, and then have said drive mount on the desktop of a connected computer. It's pretty handy for those running diagnostic tests or looking to clone a drive without a dedicated machine, and now it's taken the expected leap to USB 3.0 -- a move that rival Sharkoon made back in 2009. You'll also find a trifecta of SuperSpeed USB ports on the rear, though this gem will set you back a full $140 if you buy in today. Yikes.
In this article: brando, dock, hard drive, hard drive dock, HardDrive, HardDriveDock, hdd, hdd dock, HddDock, sata hdd dock, SataHddDock, superspeed usb, SuperspeedUsb, usb, usb 3.0, Usb3.0
All products recommended by Engadget are selected by our editorial team, independent of our parent company. Some of our stories include affiliate links. If you buy something through one of these links, we may earn an affiliate commission.
Share
Tweet
Share