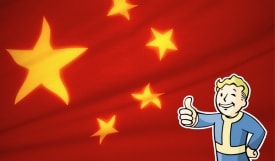 Google's been taking bad press about Chinese search result filtering for years, and now it looks like the company simply fed up: it's going to stop filtering Google.cn and it may pull of out the country entirely. The move comes on the heels of coordinated attacks on Gmail, which Google says were aimed at accessing the accounts of prominent human rights activists -- and Google also says that it's not the only company suffering such attacks in China. Only two accounts are said to have been hacked, but many more have apparently been accessed by third parties using malware or phishing schemes to obtain passwords. Google also says that these attacks have forced it to reconsider "the feasibility of our business operations in China," and that it's going to take the next few weeks to talk to the Chinese government and figure out a way to operate an unfiltered search engine in a legal way, and if it can't be done, it'll close Google.cn and potentially leave China completely. A gutsy move, to be sure -- but seriously, Google, what took you so long?

Via: BBC
Source: Official Google Blog
Coverage: Wall Street Journal
In this article: breaking news, BreakingNews, censor, censorship, china, filtering, google, search engine, SearchEngine
All products recommended by Engadget are selected by our editorial team, independent of our parent company. Some of our stories include affiliate links. If you buy something through one of these links, we may earn an affiliate commission.
Share
Tweet
Share