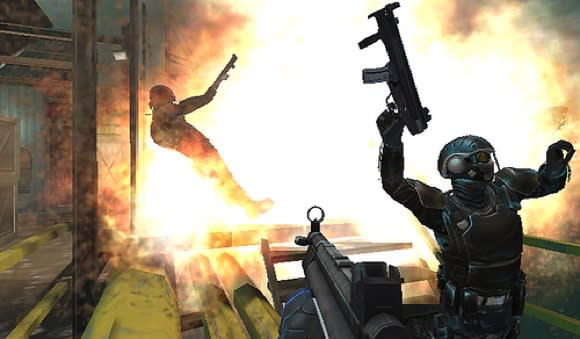 Following its unveiling in Nintendo Power magazine, The Conduit 2, High Voltage's second pass at a Wii FPS, has been officially announced by publisher Sega.

Due this fall, The Conduit 2 expands the venue for the serie's action from Washington, D.C. to a variety of locations across the world. The game also adds "all-new" online and couch co-op modes, including Team Invasion Mode, a 4-player split-screen mode that can be played online or off. The 12-player online competitive play now benefits from "larger and more intricate indoor and outdoor battlefields," and retains the Wii Speak functionality that so few games employ.

Turn your All-Seeing Eye toward Sega Europe's blog to see the first screenshots.
In this article: fall-2010, fps, high-voltage, high-voltage-software, multiplayer, Nintendo, release-date, screenshots, sega, the-conduit, the-conduit-2, Wii, wii-speak
All products recommended by Engadget are selected by our editorial team, independent of our parent company. Some of our stories include affiliate links. If you buy something through one of these links, we may earn an affiliate commission.
Share
Tweet
Share
Save