If you're a Time Warner or Brighthouse network cable subscriber, the new ESPN streaming functionality that came with the November Dashboard update was kinda lost on you in that you couldn't find it ... ever. Hope is coming though -- Brighthouse (which is owned by Time Warner) says Xbox 360 functionality is coming to its customers next year while this page on ESPN's site assures those patiently waiting that they'll be able to stream ESPN through their Xbox 360 soon.

The way it will work is when a Time Warner or Brighthouse user turns on their Xbox 360 and tries to access the ESPN app (right now, you should get this screen), it'll direct them to this ESPN activation page where they will have to authenticate their account with Brighthouse or Time Warner, then be given an access code. Previously, ESPN3.com content wasn't available to Time Warner and Brighthouse subscribers, though a new deal inked back in September changed that.

So where does that leave us? Pretty much at the same spot, actually -- though at least now it seems there's a light at the end of the tunnel and it's illuminating sports stuff.

[Thanks, Grady]
Source: Brighthouse, ESPN, Xbox forums
In this article: brighthouse, brighthouse-networks, espn, espn3.com, microsoft, sports, Time-Warner, time-warner-cable, xbox, xbox-live
All products recommended by Engadget are selected by our editorial team, independent of our parent company. Some of our stories include affiliate links. If you buy something through one of these links, we may earn an affiliate commission.
Share
Tweet
Share 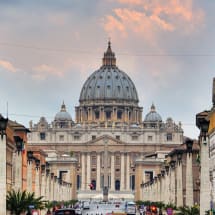