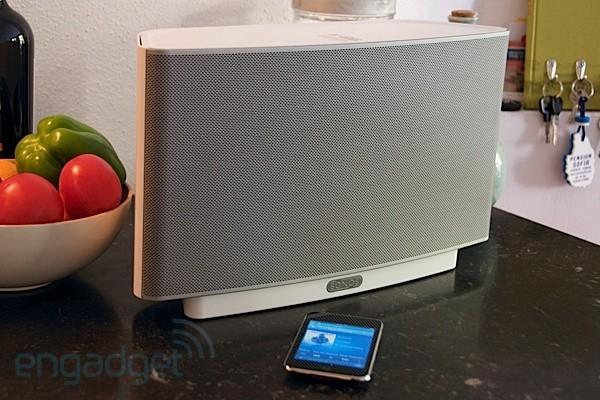 Amid the doom and gloom of the economic... whatever it is we're stuck in at the moment, it's nice to look at a success story. Sonos is such a tale and GigaOm has taken the time to profile the upstart, which started in 2002 and has gone on to produce a series of high-end docks, networked audio players, and an iOS controller app that ties it all together. Sadly, users of non-Apple devices have been left out in the cold and, while Sonos VP of Sales Tom Cullen wouldn't say when other versions are coming, he did at least say "We can see a handful of other potential platforms, and we want to see which one has the biggest concentration of music lovers." We say why choose one? Plenty of music lovers exist on them all.

Moving back to hardware, Cullen indicated that a person's music largely moves with them these days, and so the company is looking to moving into the car and personal audio areas, meaning we could see some Sonos-branded headphones and head units in the not too distant future. This could be in addition to what looked to be a potential move into proper home theater. These are crowded spaces compared to the world of wireless audio that the company currently plays, but another quality option is certainly not a bad thing.

Update: Just got a note from Sonos indicating that "at no point in the near future does Sonos plan on moving into cars." So, it looks like you're stuck with any of the dozens of other alternatives for now.
In this article: car audio, CarAudio, headphones, network audio, NetworkAudio, personal audio, PersonalAudio, sonos, tom cullen, TomCullen, wireless speakers, WirelessSpeakers
All products recommended by Engadget are selected by our editorial team, independent of our parent company. Some of our stories include affiliate links. If you buy something through one of these links, we may earn an affiliate commission.
Share
Tweet
Share