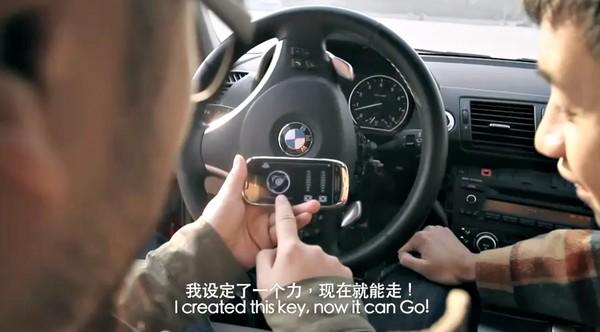 At CES and the NAIAS in Detroit this year we saw ever more powerful smartphone integration, but nothing like this. Nokia Asia teamed up with two Chinese coders, An Jiaxuan and an unnamed friend, to whip up a C7 app that controls a BMW 1 Series. They said it took them only 20 days to get things ready but we're thinking adding the remote controls to the car itself must have added some further time to that. The result is in the video below, a short test drive that Nokia promises "isn't special effects." See for yourself and let us know if you spot a meatbag driver hiding in there somewhere.

In this article: 1 series, 1Series, bmw, c7, china, nokia, nokia asia, NokiaAsia, remote control, RemoteControl, smartphone, smartphone integration, SmartphoneIntegration, video
All products recommended by Engadget are selected by our editorial team, independent of our parent company. Some of our stories include affiliate links. If you buy something through one of these links, we may earn an affiliate commission.
Share
Tweet
Share