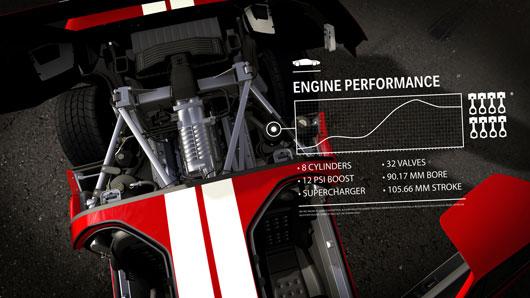 In the unending competition to create the preeminent simulation racing game, Turn 10 Studios has kicked it into overdrive for this fall's Forza 4, reports MSN Autos. Let's run through some highlights from the development process (as documented by MSN), shall we?Of course, as MSN observes, "[few] players will notice this level of nuance mid-game." It's only through the endorsements of "the tiny, exacting minority of hardcore players and professional racers who train using Forza" (and other sim racers, like Gran Turismo) that we few can trust that the iterative updates over the years are actually bringing us closer to the the most accurate simulation racing game of all time.

It's worth a chuckle, then, that Forza 4's most marketable feature is "more gimmick than breakthrough," according to MSN, and is perhaps a mini-step backwards in the race to ultimate realism. That feature, of course, is Kinect support.

Aside from the "advanced ogling tool" (which allows players to walk around and inspect their virtualized cars; as seen at E3 2010), Forza 4's "Kinect-only mode" will also feature a "more interesting" head-tracking ability, by MSN's account: "when you lean to one side or the other, the driver's perspective edges with you, letting you peer around a blind curve or just slightly around a car before passing it." Still, even coupled with "the phantom steering wheel you can grip and steer," this experience is more "potential" than achievement.

"I think we're just scratching the surface," game director Dan Greenawalt told MSN.
In this article: Forza-4, Head-tracking, Kinect, Microsoft, Ocd, Turn-10, Xbox
All products recommended by Engadget are selected by our editorial team, independent of our parent company. Some of our stories include affiliate links. If you buy something through one of these links, we may earn an affiliate commission.
Share
Tweet
Share