Insurers increasingly use apps and drones instead of agents 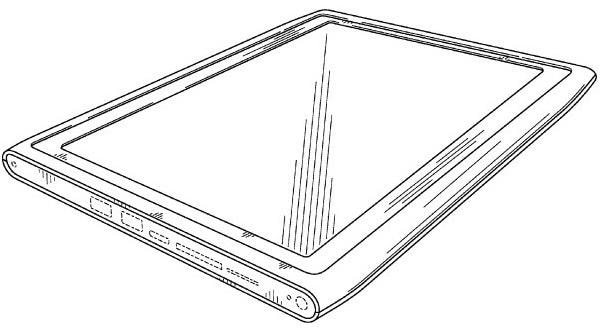 It's no secret that Nokia's been casting an interested eye over the tablet market and now we have a bit of extra evidence to show its intent, courtesy of the United States Patent and Trademark Office. The federal bureau has just published a design patent granted to the Finnish company for a tablet device, which was applied for on May 28th, 2010. Sadly, that date tells us what we're looking at is most probably a shelved MeeGo machine that never made it to market rather than an upcoming world conqueror, but still, here it is for all of us to gawk at and admire. Judging by the 3.5mm headphone jack outline -- which, like the rest of the dotted lines on the sketch, isn't covered by the patent -- we're likely looking at a 9- or 10-inch slate, whose design reminds us most acutely of Nokia's N8 phone. See more pics in the gallery below before returning to your mind cave to fantasize about what might have been... or might still be.

Update: Electronista notes that Nokia's filed for and received the rights to a second tablet design patent, this one eschewing the N8 inspiration for a more generic shape. See it pictured after the break or at the second link below. In this article: claim, design, design patent, DesignPatent, intellectual property, IntellectualProperty, ip, law, legal, nokia, patent, tablet, uspto
All products recommended by Engadget are selected by our editorial team, independent of our parent company. Some of our stories include affiliate links. If you buy something through one of these links, we may earn an affiliate commission.
Share
Tweet
Share