Latest in Georgia institute of technology

This year we took small, important steps toward the Singularity 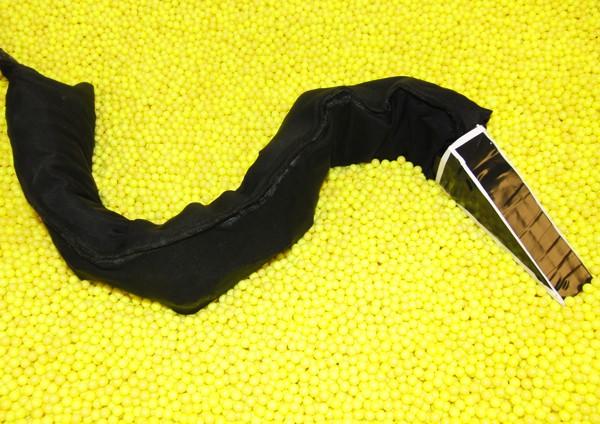 So it looks like a half-stuffed sock -- and it is, sort of -- but this sandfish-inspired search and rescue robot has the potential to change the way machines maneuver through disaster zones. Playing off its previous endeavors, a team of Georgia Tech researchers has designed a wedge-shaped head to manipulate the vertical movement of its sand-swimming invention through "complex dirt and rubble environments." By mimicking the pointy snout of the sandfish lizard, and attaching it to the body of its robot -- which sports seven servo-powered segments stuffed in a latex sock and sheathed by a spandex "swimsuit" -- the team found that subtle changes in the positioning of the robot's head made for drastic differences in vertical movement. When it was placed flat on the horizontal plane, the robot descended; when it was inclined above seven degrees, it ascended. For now, the robotic sandfish has been relegated to swimming in a sea of tiny yellow balls, but it's slated to dive into a pool of debris in the name of research soon. You can check out a rather dry description of the project in the video after the break.

In this article: georgia institute of technology, Georgia Tech, GeorgiaInstituteOfTechnology, GeorgiaTech, lizard, lizard robot, LizardRobot, robot, sand, sand swimming robot, sandfish, sandfish lizard, SandfishLizard, SandSwimmingRobot, search and rescue, search and rescue robot, SearchAndRescue, SearchAndRescueRobot, swim, swimming robot, SwimmingRobot, video
All products recommended by Engadget are selected by our editorial team, independent of our parent company. Some of our stories include affiliate links. If you buy something through one of these links, we may earn an affiliate commission.
Share
Tweet
Share