Just when we thought the Motorola Xoom had hit its stride at a blazing 1.504 billion operations cycles per second, the trusty Tiamat kernel has strapped on an veritable afterburner capable of 1.7GHz. What happens when your shaking hands flip that switch and give that Tegra 2 all the jet fuel it can take? Well, anecdotal cases from the XDA-developers forums suggest it'll probably just reboot anticlimactically. If you're lucky enough to have the magic silicon, however, you'll be treated to a benchmark-blitzing rig, reportedly capable of 70 MFLOPS in Linpack, 1480ms runs in SunSpider, and Quadrant scores approaching a smooth 5,000. See just how far that rainbow benchmark bar can stretch in a screencap after the break.

Update: There's a jolly discussion in comments about whether gigahertz can be directly translated to operations per second in the case of the Tegra 2 -- we'll err on the side of caution and say cycles per second instead.

In this article: 1.7GHz, benchmark, benchmarked, benchmarks, dual core, dual-core, DualCore, linpack, Motorola Xoom, MotorolaXoom, overclock, overclocked, overclocks, performance, quadrant, speed, Tegra, Tegra 2, Tegra2, tiamat, unstable, Xoom
All products recommended by Engadget are selected by our editorial team, independent of our parent company. Some of our stories include affiliate links. If you buy something through one of these links, we may earn an affiliate commission.
Share
Tweet
Share 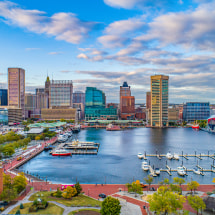