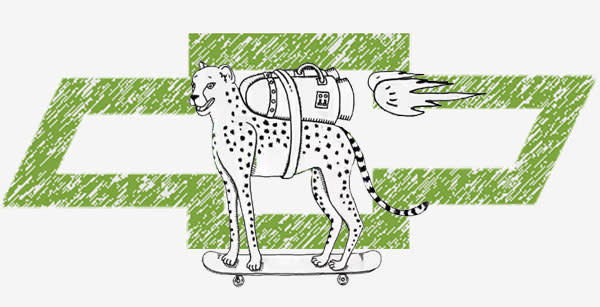 Still waiting for that Spotify invite? If you're hip on getting some Chevy Sonic-colored spam, you can snag another ticket in the invitation raffle: the carmaker recently declared itself Spotify's "exclusive automotive advertising partner." What's this mean to you? Chevrolet is doling out Spotify invites to the first 150,000 folks to request info about the upcoming Chevy Sonic. The automotive firm goes on to toot its own horn, bragging that the mere mention of its automobiles in countless country and rock songs qualify it for the partnership. Could this be the start of a beautiful, music streaming, friendship? We certainly wouldn't scoff at a generation of Spotify-enabled Chevys. Hit the break for the official press release, and conjure up some conjecture of your own.
Show full PR text
Chevrolet and Spotify Offer a World of Music to U.S. Fans

As part of Spotify's U.S. launch today, the first 150,000 requests received through the Chevrolet Sonic tab on the Chevrolet Facebook page will receive an invitation to Spotify's free on-demand streaming of one of the world's biggest music libraries.

"Chevrolet continues to play a significant role in America's popular music culture as evidenced by the brand and vehicles being highlighted in hundreds of songs over the years," said Kevin Mayer, director of Chevrolet Advertising. "Supporting Spotify's U.S. launch resonates with Chevrolet's long-standing tradition of bringing U.S. consumers a new way to listen and share music."

Chevrolet is among Spotify's first U.S. advertisers and the only automotive brand to support the company's U.S. launch. The Sonic is the only subcompact car built in the United States.

"We are very excited to be bringing Spotify to the U.S., and to be working with partners such as Chevrolet towards our goal of making all the world's music available for everyone to enjoy, whenever they want it and wherever they are," said Ken Parks, chief content officer and managing director, Spotify, North America.
In this article: advertising, audio, Chevrolet, Chevy, Chevy Sonic, ChevySonic, Invite, mp3, music, music streaming, MusicStreaming, Sonic, spotify, streaming, streaming service, StreamingService, video
All products recommended by Engadget are selected by our editorial team, independent of our parent company. Some of our stories include affiliate links. If you buy something through one of these links, we may earn an affiliate commission.
Share
Tweet
Share