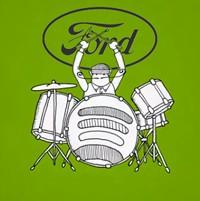 It's only been two months since Spotify made its stateside debut, and it's already getting in bed with an American staple. No, it hasn't struck a deal with Beyonce or Britney, but the fine folks at Autoblog are reporting that the streaming music service will make its way into vehicles sporting the Ford SYNC AppLink system "in the near future." Details are otherwise vague, but we'd be interested to hear how the outfit's "exclusive automotive advertising partner" feels about the deal.

Update: Turns out this partnership isn't of the official kind. The folks at Spotify were actually on hand at the TechCrunch Disrupt Hack-a-Thon to show off "how easy it is for developers to create voice-enabled smartphone apps using the SYNC API." Looks like Chevy's got nothing to be jealous about after all.

In this article: AppLink, auto, autos, car, cars, deal, Ford, Ford AppLink, Ford SYNC, Ford SYNC AppLink, FordApplink, FordSync, FordSyncApplink, minipost, partnership, Spotify, streaming, streaming audio, streaming music, streaming music service, StreamingAudio, StreamingMusic, StreamingMusicService
All products recommended by Engadget are selected by our editorial team, independent of our parent company. Some of our stories include affiliate links. If you buy something through one of these links, we may earn an affiliate commission.
Share
Tweet
Share