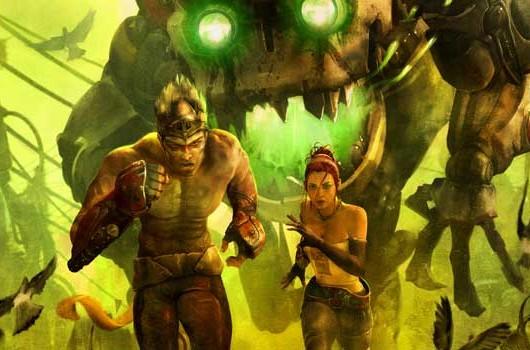 Every year, critics and fans provide the word-of-mouth support to several games that barely subsist on a whisper of marketing. "Enslaved should have done better," says Tameem Antoniades, head of the game's developer, Ninja Theory. "Right now we should have been doing a sequel and perfecting that sequel and doing what franchises do, which is get better over time."

The comments come from a new issue of Edge (via CVG), and go on to show that the studio's longterm plans were altered by Enslaved's so-so sales. Antoniades reveals that Ninja Theory meant to expand to two teams, but have now remained a "smaller shop" to focus entirely on the Devil May Cry reboot for Capcom.

Though team members had "mentally prepared" themselves for this outcome, Antoniades said in October of last year, it's clear that the game's success had been embedded in the studio's plans for growth. (At least Enslaved wasn't a racing game.)

Since Devil May Cry is a firmly established brand, Ninja Theory's expressive characters may yet find themselves in a hit -- and perhaps even a finely tuned action game.
In this article: devil-may-cry, dmc-devil-may-cry, enslaved, enslaved-odyssey-to-the-west, microsoft, namco-bandai, playstation, ps3, tameem-antoniades, xbox
All products recommended by Engadget are selected by our editorial team, independent of our parent company. Some of our stories include affiliate links. If you buy something through one of these links, we may earn an affiliate commission.
Share
Tweet
Share