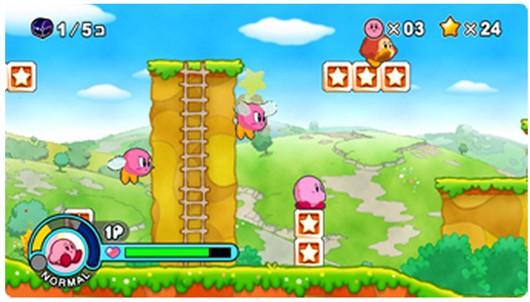 The relative ease of Kirby games usually result in their powderpuff protagonist avoiding death from start to finish -- however, Kirby's not immune to the most permanent form of death there is: Project cancellation. In the most recent Iwata Asks, Kirby's Return to Dreamland producer Shigefumi Kawase revealed that three installments in the franchise were killed off mid-development, explaining "We spent 11 years ... making and abandoning these three games."

The three Kirby titles in questions would have been starkly different: One was a 2.5D four-player adventure title (sort of like Return to Dreamland, but with more depth), one was a fully-3D exploration-centric game and the other was an animated platformer with "pop-up visuals." They sound charming as all-get-out, which makes us all the more forlorn that they're dead as doornails. Goodnight, sweet princes. May flights of angels sing thee to thy rest.
In this article: cancellation, HAL-Laboratory, iwata-asks, kirby-wii, kirbys-return-to-dream-land, nintendo, Satoru-Iwata, shigefumi-kawase, wii
All products recommended by Engadget are selected by our editorial team, independent of our parent company. Some of our stories include affiliate links. If you buy something through one of these links, we may earn an affiliate commission.
Share
Tweet
Share