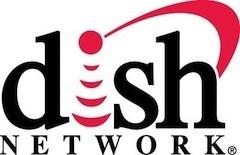 The third fiscal quarter of this year saw the best of times and the worst of times for Dish Network. On the positive side of the ledger, the company saw net revenues grow by 12.3 percent since Q3 2010, reaching $3.6 billion. Profits, meanwhile, jumped by 30.3 percent over the year to $319 million, compared with the $245 million it raked in during the third quarter of 2010. Dish said the jump in revenues could be partially attributed to its acquisition of Blockbuster and the subsequent launch of Blockbuster Movie Pass, which the company hopes to expand and build upon going forward. The report wasn't entirely rosy, however, as Dish Network saw a net loss of about 111,000 subscribers during the quarter (about 20,000 more than analysts had predicted), bringing its total to approximately 14 million customers. By contrast, during the third quarter of last year, the company added about 327,000 users. But this decline didn't stop Dish from doling out a rare $2.00 per share dividend to investors, which may make its less savory results a bit easier on the stomach. Check out the full report, after the break.

"DISH delivered another quarter of strong growth in net income compared to the same period last year," said Joe Clayton, president and CEO of DISH Network. "Our net subscriber loss improved over the second quarter of this year but continued to be affected by increased competitive pressures, including aggressive competitive promotional offers, discounting and a weak housing market. Going forward, we plan to build on the momentum of our introduction of the Blockbuster-branded programming service which allows DISH customers to stream movies and TV shows as well as receive DVDs by mail."

Detailed financial data and other information are available in DISH Network's Form 10-Q for the quarterly period ended Sept. 30, 2011, filed today with the Securities and Exchange Commission.

Non-Recurring Dividend On Nov. 1, 2011, DISH Network Corporation's Board of Directors declared a non-recurring dividend of $2.00 per share on outstanding Class A and Class B common stock. The dividend will be payable in cash on Dec. 1, 2011, to shareholders of record on Nov. 17, 2011.
In this article: blockbuster, blockbuster movie pass, BlockbusterMoviePass, business, dish network, DishNetwork, earnings, earnings report, EarningsReport, financial report, FinancialReport, financials, money, profit, q3 2011, q3 earnings, Q32011, Q3Earnings, revenue, subscriber
All products recommended by Engadget are selected by our editorial team, independent of our parent company. Some of our stories include affiliate links. If you buy something through one of these links, we may earn an affiliate commission.
Share
Tweet
Share