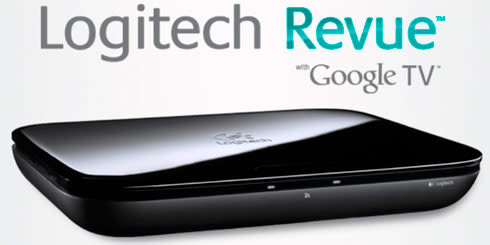 This is becoming a trend. After a disappointing Q4 saw Logitech reduce the price of its Revue it revealed today that after a net loss of $29.6 million for the first quarter it is cutting the price of the Revue to $99, as well as saying goodbye to CEO Gerald P. Quindlen. Quindlen had been an outspoken supporter of the Google TV box (see the video after the break) but according to Logitech this price cut and corresponding $34 million hit to its finances are necessary to "remove price as a barrier to broad customer acceptance." In the midst of these results -- as well as lowered sales in several regions and key products like Harmony remotes -- Chairman and former CEO Guerrino De Luca will assume the role of acting CEO while a long term replacement is sought. Until then, and before the Google TV Honeycomb update arrives, does anyone think the Revue will be more appealing for one Benjamin than it was for two, or three?

Sales for Q1 FY 2012 were $480 million compared to $479 million in Q1 FY 2011. Excluding the favorable impact of exchange rate changes, sales declined by 4 percent year over year. The Company posted an operating loss of $45 million, compared to operating income of $12 million in the same quarter a year ago. Included in Logitech's Q1 FY 2012 operating loss is a $34 million charge to cost of goods sold due to a planned price reduction on Logitech Revue with Google TV. The net loss for Q1 FY 2012 was $30 million ($0.17 per share) compared to net income of $20 million ($0.11 per share) in Q1 of FY 2011. Gross margin for Q1 FY 2012, reflecting the charge related to repricing of Logitech Revue, was 26.1 percent, down from 35.3 percent one year ago

Logitech's retail sales for Q1 FY 2012 were flat year over year, with an increase in Asia of 29 percent, an increase in the Americas of 1 percent, and a decrease in EMEA of 14 percent. OEM sales decreased by 16 percent. Sales for the LifeSize division grew 34 percent.

In Q1, Logitech achieved strong growth in Asia, driven primarily by China. Also notable for the first quarter was continued sales momentum by the LifeSize division and a positive initial reception of the Company's new tablet accessories.

While Logitech is making progress in improving operations in the Company's EMEA sales region, the Q1 performance reflects sustained weakness in the region. The Company also experienced minimal sales growth in its Americas region, primarily due to very weak sales in the Digital Home category. Logitech's loss in Q1 was compounded by the significant impact of the decision to reduce the price of Logitech Revue from $249 to $99 during Q2. The action was taken with the goal of accelerating adoption of the Google TV platform by removing price as a barrier to broad consumer acceptance.

"I resume my former role as CEO, on an acting basis, with unwavering commitment to Logitech and strong confidence in the Company's future and growth potential," said Guerrino De Luca. "My priorities will be to pursue our many opportunities with a strong sense of urgency and to renew the confidence in Logitech among all stakeholders."

Prepared Remarks Available Online
Logitech has made its prepared written remarks for the financial results teleconference available online on the Logitech corporate Web site at http://ir.logitech.com. The remarks are posted in the Calendar section on the Investor home page.

Financial Results Teleconference and Webcast
Logitech will hold a financial results teleconference on Thursday, July 28, 2011 at 8:30 a.m. Eastern Daylight Time and 14:30 Central European Summer Time. A live webcast of the call, along with presentation slides, will be available on the Logitech corporate Web site at http://ir.logitech.com.

# # #
Source: Prepared Remarks (PDF), Q1 results
Coverage: Wall Street Journal
In this article: android, earnings, google, google tv, GoogleTv, logitech, logitech revue, Logitech Revue with Google TV, LogitechRevue, LogitechRevueWithGoogleTv, price cut, PriceCut, q1, revue
All products recommended by Engadget are selected by our editorial team, independent of our parent company. Some of our stories include affiliate links. If you buy something through one of these links, we may earn an affiliate commission.