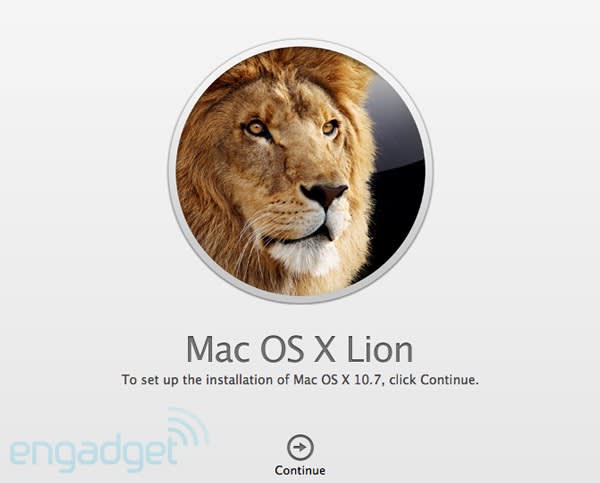 Apple clearly considers its new App Store-based distribution model one of the biggest advances in Lion, and to the company's credit, we found the whole thing to be quite painless. But physical media devotees needn't worry too much -- the company quietly announced at launch that the latest version of OS X will also be available on a USB key, for the lofty price of $69 -- which, incidentally, still requires Snow Leopard, unlike what has been previously reported. Word hit today that the company has finally issued the flash drive version of the software, information gleaned from an internal document reportedly leaked by AppleCare. We have it on good authority, however, that the drives mentioned in the document are not, in fact, the aforementioned sticks. Rather, the "recovery media" discussed is actually a restoration tool for AppleCare employees, used to fix faulty systems. We hate to be the burster of bubbles, but it seems that the App Store-impaired will still have to wait until later this month to get their hands on the $70 Apple dongle.
Coverage: 9 to 5 Mac
In this article: apple, apple os x, applecare, AppleOsX, lion, operating system, OperatingSystem, os, os x, os x 10.7, os x 10.7 lion, OsX, OsX10.7, OsX10.7Lion, recovery, support, usb, usb drive, usb key, UsbDrive, UsbKey
All products recommended by Engadget are selected by our editorial team, independent of our parent company. Some of our stories include affiliate links. If you buy something through one of these links, we may earn an affiliate commission.
Share
Tweet
Share