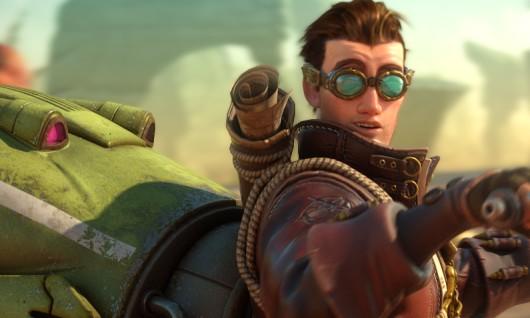 Humans are the standard basis for comparison in games that feature non-human races, almost as if said games were being made by humans for other humans. But there's still a distinct flavor to the human race depending on the setting. Case in point, the latest WildStar "interview" with one of the three lore characters from the cinematic trailer gives players a peek at a typical human, and he's a bit different than what you might have been expecting.

While the other major characters identify a specific world as "home," humans are portrayed as being a bit more free-forming, having roamed out in space for so long that they're really not bound to a location. The entry also discusses some of the lore behind being an Explorer and some of the perils associated with intentionally venturing into the unknown (it involves lots of things that try to eat you, if you need the short version). If you've been enjoying the flavor of the world Carbine Studios is slowly building, you'll probably enjoy this latest look as well.
In this article: backstory, carbine-studios, human-beings, humans, lore, lore-characters, news, npcs, player-races, races, wildstar, wildstar-wednesday, ws
All products recommended by Engadget are selected by our editorial team, independent of our parent company. Some of our stories include affiliate links. If you buy something through one of these links, we may earn an affiliate commission.
Share
Tweet
Share