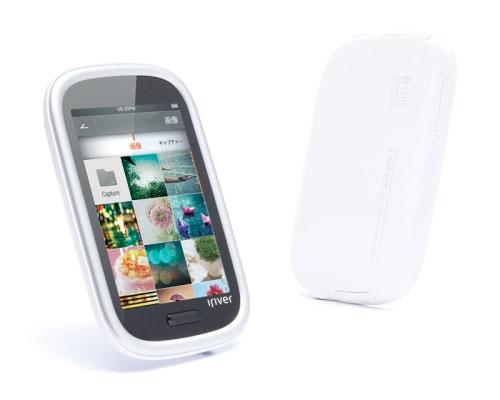 It's been some time since we heard much from iRiver but the PMP maker is keeping busy with the snow-white B100. This capacitive touchscreen media player will offer up to 36 hours of music playback, or eight and a half hours of video watching. The 3.1-inch TFT screen has a resolution of 320 x 480, but it's backed up by a (relatively) long list of media codecs, including OGG, WAV, APE and ASF compatibility. If you're sick of limited playback options, you might want to consider downscaling those screen-size desires for improved format freedom. The PMP launches today, with prices starting at 11,800 yen (around $144) for the 4GB model, while the 8GB version will set you back 13,800 yen (around $168) at online Japanese retailer, Rakuten. The Google-translated PR awaits your quizzical looks below.
Show full PR text

Computer mouse, listen to the voice of the user actively in the future, the expansion of recognition, "iriver" brand wide-ranging lineup of portable devices, and for gaining market share, a strategic product introductions in the Japanese market we will strive.