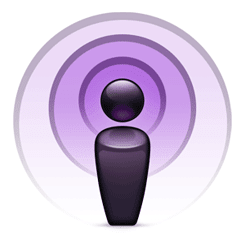 Reports are abound that a section for podcasts is nowhere to be found in the latest beta version of iTunes for iOS 6. Given its beta status, it's easy to dismiss the exclusion as functionality that's yet to be baked in, but Peter Kafka of AllThingsD believes that Apple has something entirely different in mind. According to his sources, podcasts are set to receive a new home within a separate app of iOS 6. If true, this would provide one central hub for podcasts, as opposed to Apple's current scheme where they're discovered and downloaded in the iTunes app, then played within the Music app -- a little disjointed, but it's the setup we've come to know. Kafka's sources go on to state that podcasts will remain part of iTunes on the desktop. Unsurprisingly, Apple hasn't commented on the speculation. Guess we'll all learn more in the coming months, eh?

In this article: app, apple, apps, ios, ios 6, Ios6, itunes, mobilepostcross, podcast, podcasts
All products recommended by Engadget are selected by our editorial team, independent of our parent company. Some of our stories include affiliate links. If you buy something through one of these links, we may earn an affiliate commission.
Share
Tweet
Share