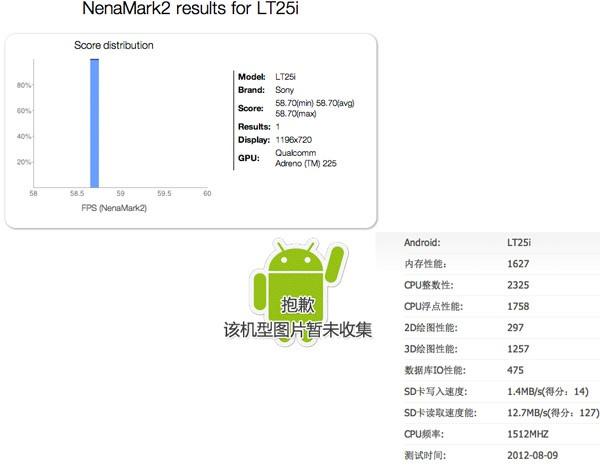 Add another future Sony Xperia model to a rapidly growing pool. The LT25i Tsubasa (not to be confused with the ST25i/Xperia U) has been caught by Tencent in AnTuTu and NenaMark2 tests, seemingly running the same mix of a 1.5GHz Snapdragon S4, a 720p screen and Android 4.0 that we've seen in the upcoming Xperia T (LT30p). So what's different? There's rumors of in-cell touch to keep the display thin and vivid, but even the unverified source isn't certain that it will become a reality. The crew at Xperia Blog also claims that there will be international LTE and HSPA+ models along with China- and Japan-specific editions. Assuming the details are at all consistent with the truth, having the Tsubasa arrive on the scene mostly hints that Sony might be readying a broader speed-up of its roster than we first thought.