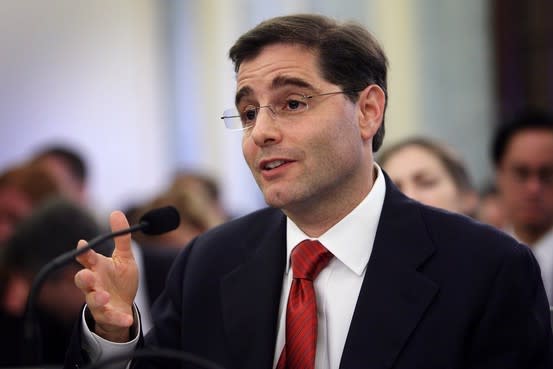 A common complaint with the FCC's National Broadband Plan is its conservative definition of the broadband in question: many would argue that the 4Mbps baseline is an anachronism in an era of 4G, FiOS and Google Fiber. If you've ever wanted the FCC to up the ante, now's your chance. The regulator wants comments on its definitions of fixed and mobile broadband to gauge whether real-world trends like multi-user streaming video should lead to raised expectations for internet providers. Ever been burnt by a too-low bandwidth cap? It's open season on that area as well, with the FCC asking if it should define a minimum acceptable cap and possibly call for better limits than we see today. We just share GigaOM's wish that we could ask if every cap is even necessary, although the Department of Justice might be answering that for us. Americans have up until September 20th to make their voices heard, so get cracking if you'd like to set a higher bar.