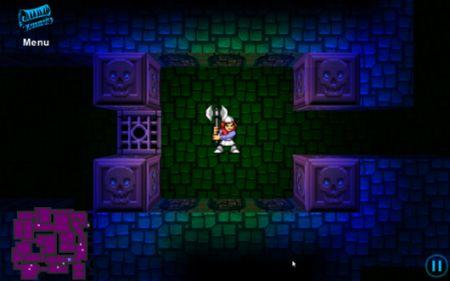 Two big followup iPhone projects are looking to Kickstarter for funding. First up, the developers of Sword of Fargoal 2 have launched a US$50,000 campaign. The first game in that series was a relatively early hit on iPhone. The sequel has a much larger scope and is expected to hit several platforms, including iOS. Supporters can get copies of the game's soundtrack, extra versions of the title or see their name in the game or a song. I imagine this project will be funded before long.

Meanwhile, the people behind The iControlPad are working on a second version of the popular iOS controller. They've launched a $150,000 Kickstarter campaign, which is a not insignificant goal, but you can get a version of the finished product for as little as $69. More generous backers can pick up better versions of the controller, which is supposed to eventually include not just controls for iOS (and other Bluetooth) devices, but also a full keyboard, and a number of other buttons. It seems like a nice device. While $150k might be a little high, the controller's popularity will probably get it funded.

Both of these projects come from solid backgrounds and sound very cool. We look forward to seeing just how both of these fundraising efforts come out.

In this article: accounts, bluetooth, devices, funding, icontrolpad 2, Icontrolpad2, iOS, iPad, iPhone, kickstarter, money, raising, sword of fargoal 2, SwordOfFargoal2
All products recommended by Engadget are selected by our editorial team, independent of our parent company. Some of our stories include affiliate links. If you buy something through one of these links, we may earn an affiliate commission.