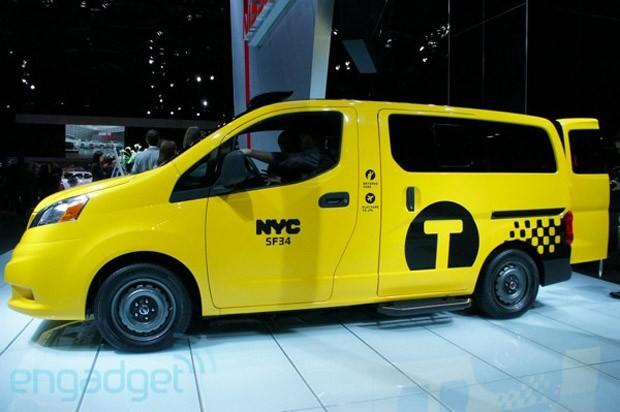 Back in May, Nissan unveiled its NV200 van as New York City's "Taxi of Tomorrow" in a joint press conference with Mayor Michael Bloomberg. Today, NYC's Taxi and Limousine Commission (TLC) made the pact official, signing regulations that will replace the city's iconic line of Crown Victorias (and myriad other cabs) with the NV200 beginning in October 2013. As Nissan puts it, today's signing, "officially makes the NV200 the taxicab of New York City."

The NV200 van beat out competition from the likes of Ford to take New York City's coveted "Taxi of Tomorrow" award months ago. When Engadget EIC (and gearhead) Tim Stevens explored the NV200 at the New York Auto Show, he called it "a huge advance" over existing taxi stock. And hey, with all those amenities, we can't disagree. Most exciting for commuters: Nissan's NV200 taxi features separate climate controls for passengers, as well as USB slots for mobile charging. "Taxi of Tomorrow" indeed!

In this article: cab, new york city, NewYorkCity, nissan, nissan nv200, NissanNv200, nv200, taxi, taxi of tomorrow, TaxiOfTomorrow
All products recommended by Engadget are selected by our editorial team, independent of our parent company. Some of our stories include affiliate links. If you buy something through one of these links, we may earn an affiliate commission.
Share
Tweet
Share