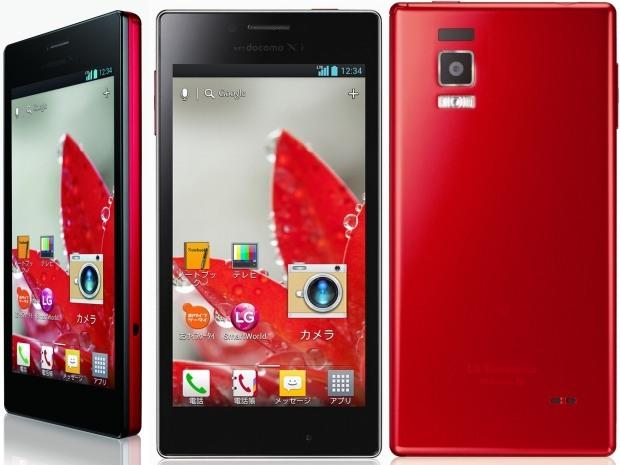 LG revealed Japan's NTT DoCoMo would be the first carrier to offer its Optimus G (which it's been proud enough to announce more than once) and now we have an exact date. Pre-orders for the L-01E start tomorrow ahead of it going on sale October 19th, bringing its quad-core 1.5GHz Snapdragon CPU, 4.7-inch True HD IPS LCD, 13MP camera, Android 4.0 packaged with the waterproofing, DMB tuning and FeLiCa wallet support local buyers will expect. While we wait for release details in the US on AT&T and Sprint (or another leak of that supposed LG Nexus phone) you can check out the red and black variants rolling out across the Pacific.

In this article: android, android 4.0, Android4.0, ice cream sandwich, IceCreamSandwich, ics, japan, l-01e, lg, LG Optimus G, LgOptimusG, mobilepostcross, ntt docomo, NttDocomo, optimus g, OptimusG
All products recommended by Engadget are selected by our editorial team, independent of our parent company. Some of our stories include affiliate links. If you buy something through one of these links, we may earn an affiliate commission.
Share
Tweet
Share