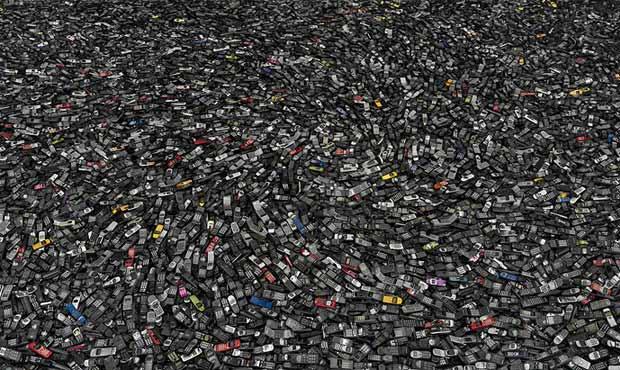 Last year, the UN's International Telecommunication Union (ITU) told us there were five billion mobile subscriptions worldwide at the close of 2010, and now it's reporting that at the end of 2011, that figure hit a staggering six billion. China and India account for one billion a piece, and it brings us ever closer to having the equivalent of one subscription for every person on the planet. (According to the CTIA, there are already more cellular plans in the US -- around 322 million -- than there are inhabitants.) In a stat-heavy release from the ITU, it also ranked the most advanced telecoms countries, with South Korea placing first, Japan eighth and countries in Europe filling the remaining spots.

Interestingly, the number of global mobile broadband subscriptions now outnumbers fixed ones by two to one, and mobile internet services showed the biggest growth rates in 2011: 40% worldwide and 78% in developing markets. The ITU attributes the latter figure to the relatively high price of fixed access in these countries, and the increasing availability of mobile alternatives. The CTIA also commented on mobile broadband use, reporting that from July 2011 to June this year, Americans consumed 104 percent more data -- no doubt due, in part, to people taking advantage of expanding 4G coverage. As usual, we've given you the cheat sheet, so if you'd like the full reports and have got a thing for statistics, there's plenty more in the source links below.