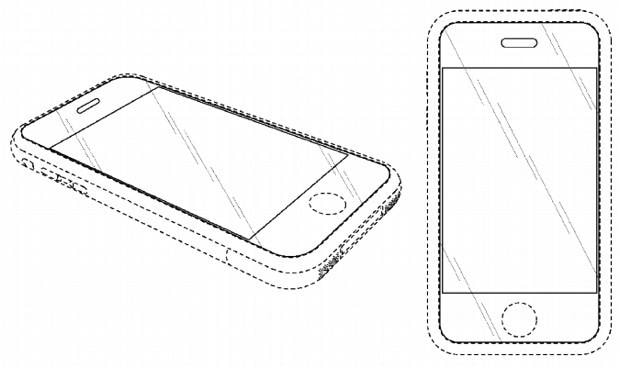 If you're keeping track of the multiple, and let's face it, tiresome Samsung / Apple patent debacle, a document that just turned up at the ITC might spell more trouble for the Korean manufacturer. It's a publicly redacted version of Judge Pender's recommendations, and pertains to the October ruling that deemed Samsung borrowed four of Cupertino's designs. The most iconic being design patent D618,678 (that which you see above). The others include multi-touch patent 7,479,949 (which was tentatively invalidated) along with two other patents (RE41,922 and 7,912,501) relating to graphic display elements and audio hardware detection. If the recommendations are adopted -- and FOSS Patents suggests this is entirely possible -- Samsung could face a US import ban after a 60 day presidential review, an order prohibiting "significant" sales of infringing products in America along with a posting a bond for 88 percent of the entered value of mobile phones (plus 32.5 percent for media players and 37.6 percent for tablets) that include the breaching design features. Pender has, however, reportedly cleared several Samsung "designarounds" which, if implemented to satisfaction, would mean the tech giant could continue trading. For now though, the recommendations are awaiting the Commission's review.

In this article: apple, ITC, judge pender, JudgePender, mobilepostcross, patent, patents, samsung, uspto
All products recommended by Engadget are selected by our editorial team, independent of our parent company. Some of our stories include affiliate links. If you buy something through one of these links, we may earn an affiliate commission.