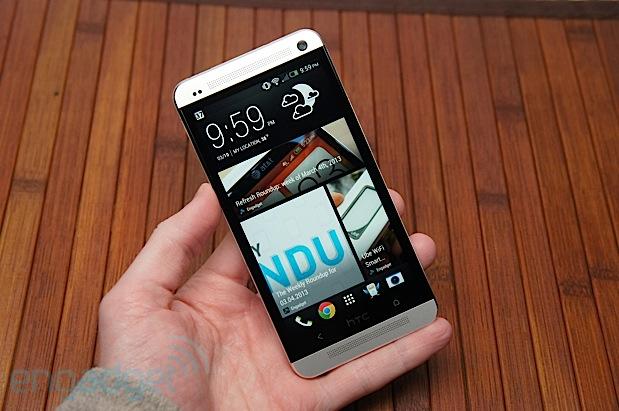 These days, the presence of a microSD slot on new handsets is arguably more important than the amount of storage on the inside. One such slot found its way onto the Chinese variants of HTC's One, and now Japanese network KDDI has unveiled its model -- the HTC J One (aka HTL22) -- also with expandable memory on the spec sheet (up to 64GB cards supported). An accompanying promo video has informed us of some new camera modes as well, including a best shot feature like Nokia's Smart Group Shot or BlackBerry's Time Shift, the ability to edit out background photobombers, and creating slow-mo highlights within video clips. We'd hope to see a camera software update bringing these features to US Ones in the future, but for now, check out what you're missing in the video below.

Correction: We originally reported that some of the camera modes shown off in the HTC J One promo video below were new, but commentors have pointed out that these features already exist within the gallery / Zoe UI. The video gives the impression that these features were moved to the camera UI, alongside HDR and panorama (like on the GS4), but that's not the case. A few eyes also spotted there's some extra detail on the back panel below the camera. Fear not -- we're digging.

Update: We've come to the conclusion that the black oblong under the main camera -- similar to the one found on KDDI's J Butterfly variant -- is for IR communications (read: it's different from the power-key emitter). Oh, and that logo under the flash signifies FeliCa NFC-based payment support.

In this article: htc, htchtl22, htcjone, htcone, htl22, kddi, mobilepostcross, video
All products recommended by Engadget are selected by our editorial team, independent of our parent company. Some of our stories include affiliate links. If you buy something through one of these links, we may earn an affiliate commission.