Edward Snowden may now be far from Hong Kong, but the South China Morning Post has just revealed more details from an interview he granted on June 12th while he was still there. According to the paper, Snowden reportedly said that he took a job with NSA-contractor Booz Allen Hamilton in order to gather additional evidence about the spy agency's activities. "My position with Booz Allen Hamilton granted me access to lists of machines all over the world the NSA hacked," he said. "That is why I accepted that position about three months ago." He reportedly further said "correct on Booz," when asked if he specifically went to Booz Allen to gather evidence of surveillance. As the paper notes, Snowden also said that he took pay cuts "in the course of pursuing specific work" in an online Q&A with The Guardian last week, and he's also indicated that he has more information he intends to leak, saying that he'd like to "make it available to journalists in each country to make their own assessment."

In this article: Booz Allen Hamilton, boozallen, BoozAllenHamilton, edward snowden, EdwardSnowden, nsa, snowden
All products recommended by Engadget are selected by our editorial team, independent of our parent company. Some of our stories include affiliate links. If you buy something through one of these links, we may earn an affiliate commission. 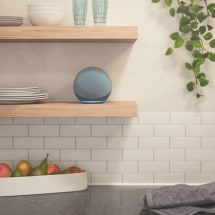