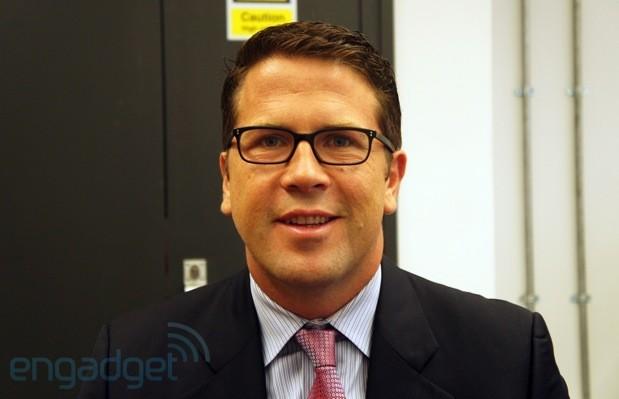 Bryan Biniak, VP and General Manager of Global Partner and App Development at Nokia, was in London today for the UK launch of JobLens, so we took the opportunity to sit down with him and talk Windows Phone 8, the basket in which Nokia has entrusted all its eggs. Being Microsoft's brother-in-arms, Nokia's heavily involved in building out the platform and, despite an increasing number of high-profile apps making the jump, the general health of the WP8 store was the main topic of discussion. Unsurprisingly, Biniak was keen to report the app catalogue and with it, competitiveness, is growing fast. There are still gaps to be filled, however, and if Biniak's claims are to be trusted, all the apps most common to iOS and Android home screens are headed to WP8 in the near future:

We're not having a single conversation with anybody, of any material application that's out there, that isn't going to be coming to the platform. It's not a matter of if -- I had those conversations, the "if" conversations, before -- all of our conversations now are "when."

"It's maturing, and it's time to come in," he said, adding "by the end of the year, there'll be very few, if any key applications that aren't in the development pipeline... or published."

Google has been fairly open about its lack of interest in WP8 in the past, although it did eventually commit to building an official YouTube app with Microsoft's help. Apart from a Google Search app (take that, Bing), you won't find any other of the web giant's services available in app form from the WP8 store. Biniak commented that as Google's aim is to profit from advertising "they are doing themselves a disservice by not being on every screen." He also used the big G as an example of a company that prefers web-based apps, whereas Nokia is pushing for native apps. "That will get resolved over time, but as consumer demand builds, they're not going to have an option," Biniak said. For clarity, we asked whether Google is actively discussing WP8 apps, to which Biniak replied, "yeah, absolutely." Overall, he painted an optimistic picture of the WP8 store's upcoming stock, but unfortunately, we couldn't get him to spill news of impending apps or release dates. Alas, Instagram addicts, you may still have some time to wait for a first-party client, but in the meantime, at least you've got Oggl.

In this article: google, interview, joblens, microsoft, microsoftwindowsphone8, mobilepostcross, nokia, nokialumia, windowsphone, windowsphone8, wp8
All products recommended by Engadget are selected by our editorial team, independent of our parent company. Some of our stories include affiliate links. If you buy something through one of these links, we may earn an affiliate commission.