Amazon's discount policy is being investigated by the FTC 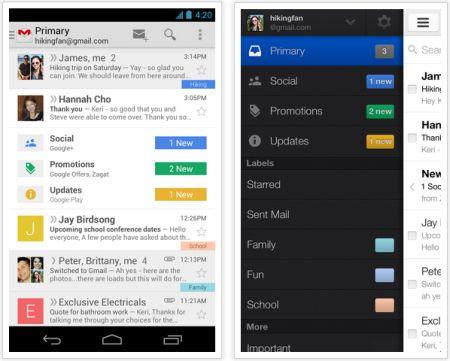 While we know none of our readers would ever use email for nefarious purposes, the privacy of one's personal information is a hot topic thanks to the recent revelations about the NSA's domestic spying program. Well, there's bad news for privacy-minded Gmail fans: Google's official legal stance is that you have no expectation of privacy when using their service.

The news was highlighted in a new press release from John M. Simpson of Consumer Watchdog drawing attention to a recent brief from Google's lawyers. You can read the brief for yourself here on Consumer Watchdog's site. Google's lawyers filed the brief in an effort to dismiss a class-action complaint accusing the company of violating federal and state wiretap laws this past July.

Just as a sender of a letter to a business colleague cannot be surprised that the recipient's assistant opens the letter, people who use web-based email today cannot be surprised if their emails are processed by the recipient's [email provider] in the course of delivery. Indeed, 'a person has no legitimate expectation of privacy in information he voluntarily turns over to third parties. (Motion to dismiss, Page 19)

Google's brief uses a wrong-headed analogy; sending an email is like giving a letter to the Post Office. I expect the Post Office to deliver the letter based on the address written on the envelope. I don't expect the mail carrier to open my letter and read it. Similarly when I send an email, I expect it to be delivered to the intended recipient with a Gmail account based on the email address; why would I expect its content will be intercepted by Google and read?

While Google's lack of respect for personal privacy won't come as a surprise to privacy advocates, it may surprise some of the company's normal everyday users. Given the popularity of Google Apps, including Gmail, Google Drive and Google Catalog (at least before it was executed) this is an issue that heavily affects iOS users. So keep using your Gmail account for sending Apple Brown Betty recipes, but if you've got a secret to keep just know you can't count on trusting Google to keep your privacy intact.

In this article: Consumer Watchdog, gmail, google, Google Apps, Google Drive, iOS, Motion, privacy, SciTech
All products recommended by Engadget are selected by our editorial team, independent of our parent company. Some of our stories include affiliate links. If you buy something through one of these links, we may earn an affiliate commission.
Share
Tweet
Share