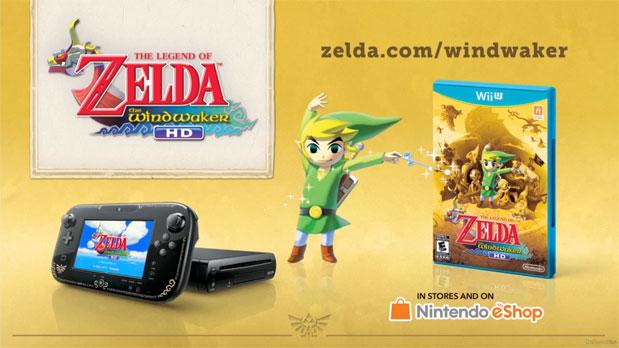 Waiting for the Legend of Zelda: the Wind Waker HD before picking up a Wii U? You're in luck -- the company seems to be prepping a bundle specifically for Hylian-minded buyers. NeoGAF users have salvaged an image of the special edition console from a trailer Nintendo posted to its YouTube channel and then immediately pulled. The video, which showed off the game's "hero mode" difficulty setting, teased a black Wii U gamepad decorated a golden Triforce and other Zelda inspired accents. The leak doesn't say much else about the hardware, but it's probably safe to assume that the black console matches the 32GB internals of the standard deluxe edition. Price, availability and additional information will have to wait until Nintendo makes this bundle official, but curious folks can find a mirror of the leaked trailer at the source.

In this article: leak, nintendo, wii u, WiiU, zelda
All products recommended by Engadget are selected by our editorial team, independent of our parent company. Some of our stories include affiliate links. If you buy something through one of these links, we may earn an affiliate commission.